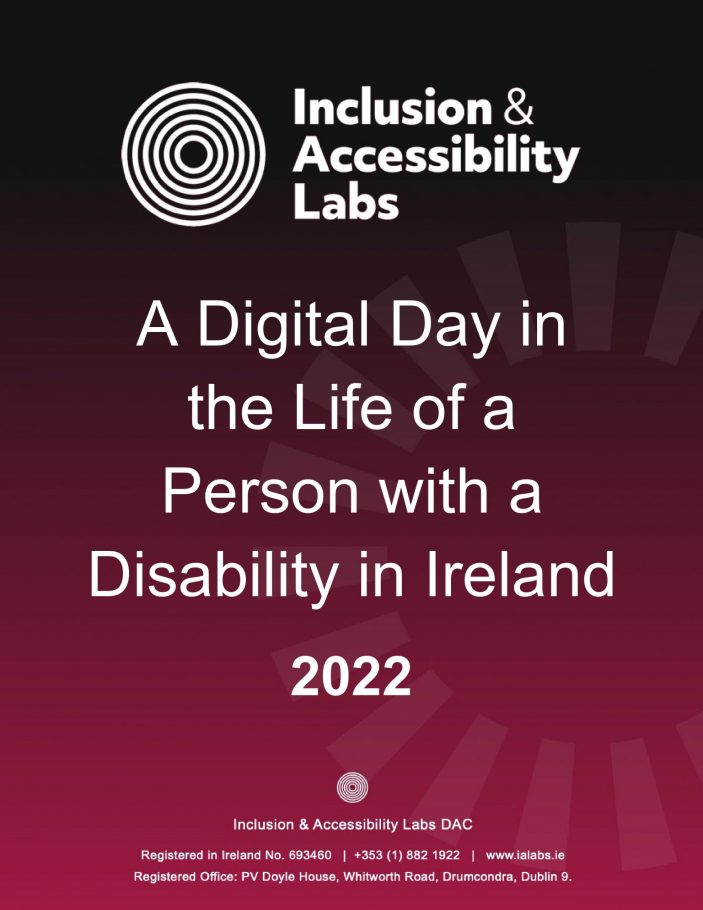 2nd December 2022:
“A Digital Day in the Life of a Person with a Disability in Ireland” is a compilation of Ireland’s top websites and mobile applications used in everyday life, ranging from social media to food takeaways to transportation apps. The report also contains a narration showing how someone with a disability uses these online services in their daily routine and how digital accessibility affects them. IA Labs found that only 61% of the websites and mobile apps included in the report passed an accessibility audit.

Kyran O’Mahoney, Inclusion and Accessibility Labs Director and Founder featured on Newstalk Radio last week to talk about the findings of the report. “We decided to look primarily at services websites, so if you look from the time that someone gets up in the morning, what are type of websites and mobile applications that they need to interact with… a pattern really started to emerge, that anywhere between, no matter the service industry that we picked,  60% and 70% of those websites were excluding people with disabilities.”

Newstalk, founded in 2002 as a Dublin based radio station, has now become a nationwide radio station. Mandy Johnston led the interview with Kyran, and she noted how “over 600,000 is not an insignificant part of the population, but also, it’s the right thing to do.”

Kyran speaks on his own experience as a person with a visual impairment and how he was able to have important roles in pillar organisations in Ireland. He founded IA Labs to advocate for people with disabilities, and inform companies that digital discrimination is a real problem, although it is not spoken about enough.

The current legislation, the EU Web Accessibility Directive 2016, may only cover public and semi-state funded bodies, but it is extending to all organisations in 2025. IA Labs urges companies to add digital equality to their inclusion agendas, and allow everyone access to their services.

Read the transcript of Kyran’s interview